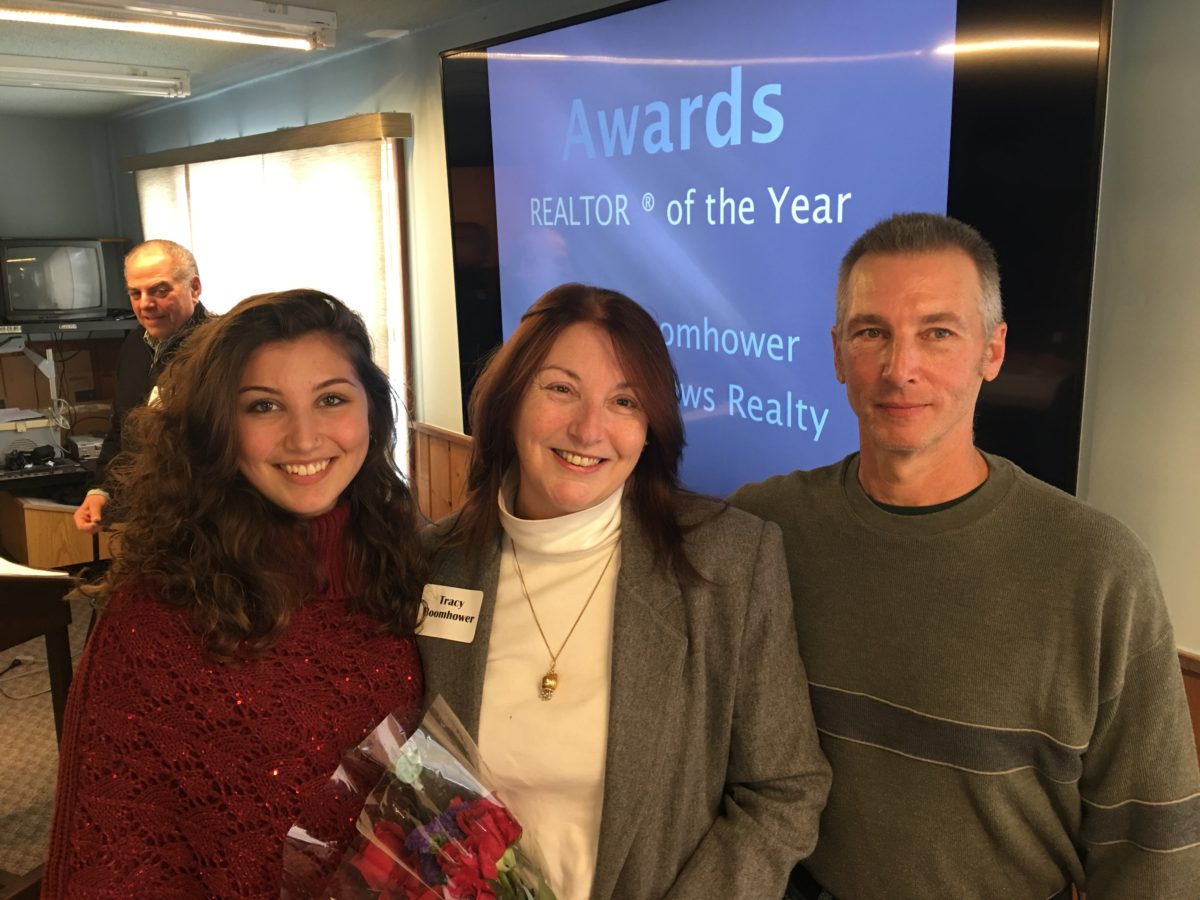 CGBR and CGND-MLS celebrated our outstanding members with annual awards on Jan. 26, by recognizing our Realtor of the Year (ROTY) and others who go above and beyond in contributing to our organizations and to the community. We could not be more proud of the efforts of our members and their efforts inside and outside their busy work lives.

CGBR President Ron Caplan presented the Realtor of the Year Award to Tracy Boomhower of Country Views Realty in Greenville, commending her graceful management of extraordinary professional and personal commitments. Tracy serves on several CGBR committees and is a past president of the MLS Board of Directors; she cares for her elderly father, she’s the mother of two college-age children and has been married for 24 years to a 10th generation farmer. She volunteers in the community as well and manages “to fit 40 hours in a 24 hour day,” said Ron.

Tracy was joined, with a surprise appearance, by her husband Brad, daughter Liz, and her agent Colby Boyea as she received her award.

Other award recipients were Bill Laraway of Century 21 Lynn Strunk and Jim Conway of Red Apple Realty, who tied in votes for Most Valuable Volunteer; Beth Ann Hover of Century 21 Lynn Strunk Properties received the Community Involvement Award; Ron Caplan was honored as having “Best Sense of Humor.”  Affiliate of the Year was awarded to Mark Fingar of Fingar Insurance; Joanne Steele of Wells Fargo Home Mortgage received the Most Valuable Affiliate Volunteer of the Year Award. Sarah Lipsky of Peggy Lampman Real Estate, not in attendance, was named “Most Cooperative” Realtor.

The awards event took place during a members meeting for CGBR and CGND-MLS.

Tracy Boomhower, Realtor of the Year 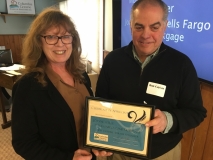 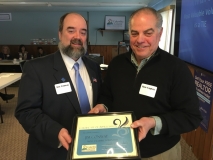 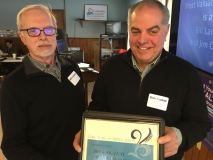 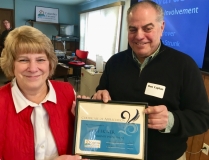